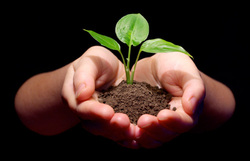 Larsen and Toubro Limited is the first company to introduce an integrated Human Resources Development (HRD) system. This happened 23 years ago in the year 1975. The HRD department was started in 1977 to give exclusive attention to competence and culture building through HRD systems. These systems were carved out of the Human Resource Function as separate sub-system. What started as a “Review Exercise of the Performance Appraisal System” by the two consultants from IIMA Prof. Udai Pareek and Prof. T.V. Rao resulted in the development of a new function - The HRD Function. Seeds sown for this function in L&T have subsequently given birth to a new profession and a new breed of professionals whose task is to ensure continuous competence building, commitment building and culture building.

The original consultancy reports of Dr. Udai Pareek and T.V. Rao that have sown the seeds for this new function and new profession are reproduced in this book. This pioneering work of Dr. Pareek and Rao lead later to the establishment of HRD Departments in the State Bank of India and its Associates, and Bharat Earth Movers Limited in Bangalore between 1976 and 1978. The first HRD workshop to discuss HRD concepts and issues was held at IIMA in 1979. Several chapters of the book which was later published by Oxford & IBH as “Designing and Managing Human Resource Systems” were distributed in this workshop. This workshop was the beginning of spreading the HRD message. In subsequent years beginning 1980 a series of workshops were held to develop HRD Facilitators, both at IIMA and in the Indian Society for Applied Behavioural Science (IS ABS). IIMA workshops focused on the conceptual parts and ISABS on experimental part. As HRD started growing Larsen & Tbubro instituted a HRD Chair Professorship at XLRI, Jameshedpur. Dr.T.V.Rao moved to XLRI as L&T Professor in 1983 to set up the Centre for HRD. Subsequently a National Seminar was organised in Bombay during February 1985 jointly by XLRI Centre for HRD and the HRD Department of Larsen & Toubro. The National HRD

With pride we bring this report to the public and with support from L&T we dedicate this book to all those in L&T and outside L&T who nurtured the HRD tree and helped it grow to serve the larger humanity.