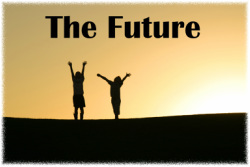 HRD today is at cross roads. So are the HRD managers.

Some HRD managers have shrunk their roles and reduced themselves to administration managers, training managers or glorified labour welfare officers, or at best to recruitment and retention managers. The IT industry has perpetuated this. They have missed a golden opportunity of making an impact and lifting themselves to a position of strategic thinkers, business partners, leaders, change managers and CEOs. Those who have made a mark and made a difference are few and can be counted on one’s fingers in this large nation of millions of people. Those who missed the boat and continue to do so are many. A number of corporations use them as personnel administration managers though they are designated as HRD managers (to mean mangers of Human Resources Departments rather than Human Resources Development).

A number of corporations have begun to appoint line managers without professional training in Human Resources Development as HRD managers and are reasonably happy with their performance. The reason for this is that line managers who have not been trained in HRD, seem to make better HRD managers as they seem to know business better than HR managers and bring with them some humility that they perhaps do not know much about HRD and are willing to learn. On the other hand, a professionally-trained HRD manager (postgraduate in HR) who has perhaps not received adequate and appropriate professional preparation, comes to the department feeling that he/she knows

all about HRD and that his/her knowledge is final. Unfortunately, a large part of the knowledge he/she has had, thanks to the lack of growth within management schools themselves, directs the HRD manager as recruitment manager, wage and salary administration manager, IR manager, compensation manager and rarely as change manager, development manager or performance manager. In the US, some separate categories of managers such as performance managers were created outside the HR departments. Chief knowledge officers, chief learning managers, etc., are the other designations given to them, indicating that the HR manager cannot be a facilitator of learning, knowledge or performance. These are indications of the failure of HRD managers.

A part of the blame has also to be taken by the CEOs of our corporations who have not really understood the potential of HRD managers. Also, the failure of HRD is a reflection on the failure of our CEOs. Our CEOs are more often short-term goal driven. They talk of long-term policies and initiatives, but behave in quite the opposite way. The quarterly review phenomenon that has become popular in the last few years, has further aggravated this situation.

However, all is not lost. We have some good examples and role models. The future looks bright and it is going to make HRD more relevant than before.

The examination of the past has been carried out very critically. Critical comments on some HRD managers or the HRD profession are meant to stimulate thinking for the future. I sincerely hope my fellow HR professionals will take these comments as pointers of what should be avoided, and not as my cynicism. I have great faith in the profession of HRD and the HRD managers. If they have to make a mark and get noticed they should not only do things right but also do right things.

The book first presents a global scenario in terms of HRD and its development. It then goes on to review the status of HRD In India and points out Ha adequacies and inadequacies.

This book to divided into the following 7 parts:

The first chapter deals with the status of the HRD profession.

I In this part an attempt to made to point out the history of HRD in India, present some details about what makes HRD a profession, etc The second part deals with global models and Indian HRD. This describes the original HRD work done in India by the author with Dr Udai Pareek at L&.T and presents the view that global models available today are not too different from those evolved in India. It also argues that Indian corporations have a long way to go even while adopting Indian HRD models. The third chapter describes current HRD managers and presents their profile. The fourth chapter presents a vision for the future of HRD. In Chapter 5, future HRD managers and their roles and competencies are described. Chapter 6 presents the resources requirements of HRD. The book then goes on in chapter 7 to paint HRD challenges in the context of national development and concludes with painting a new opportunity for HRD to make an impact.